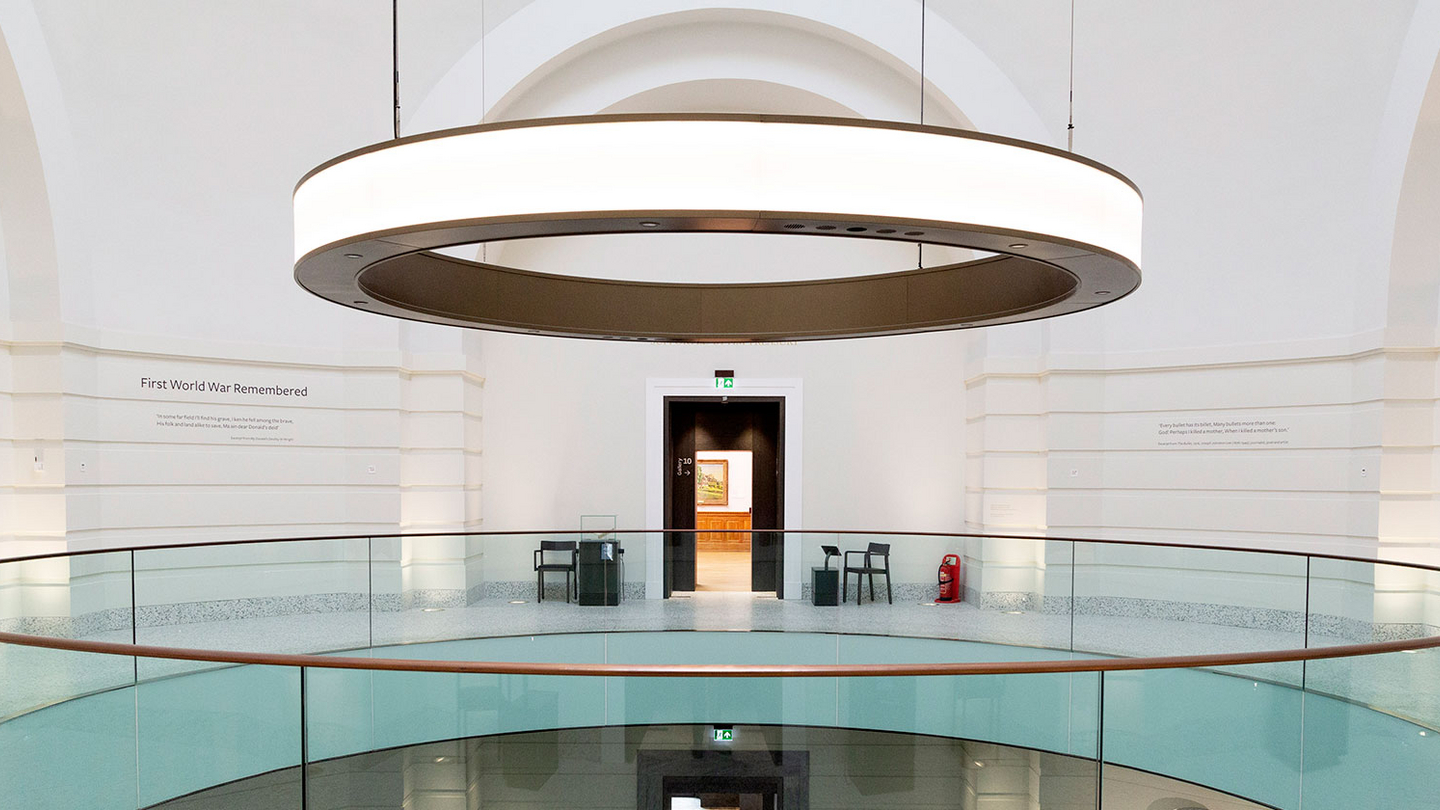 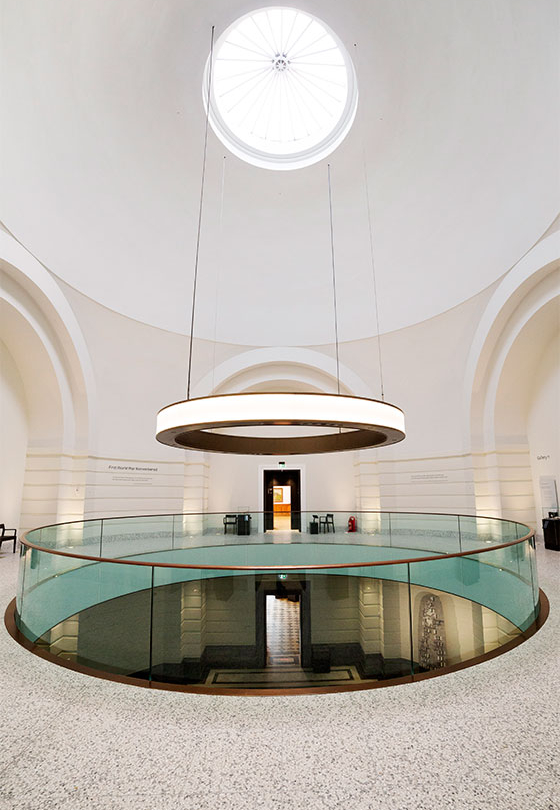 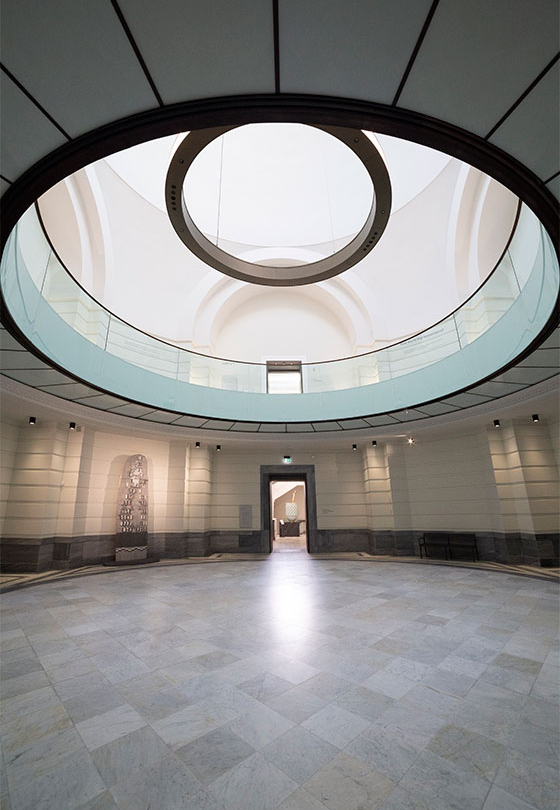 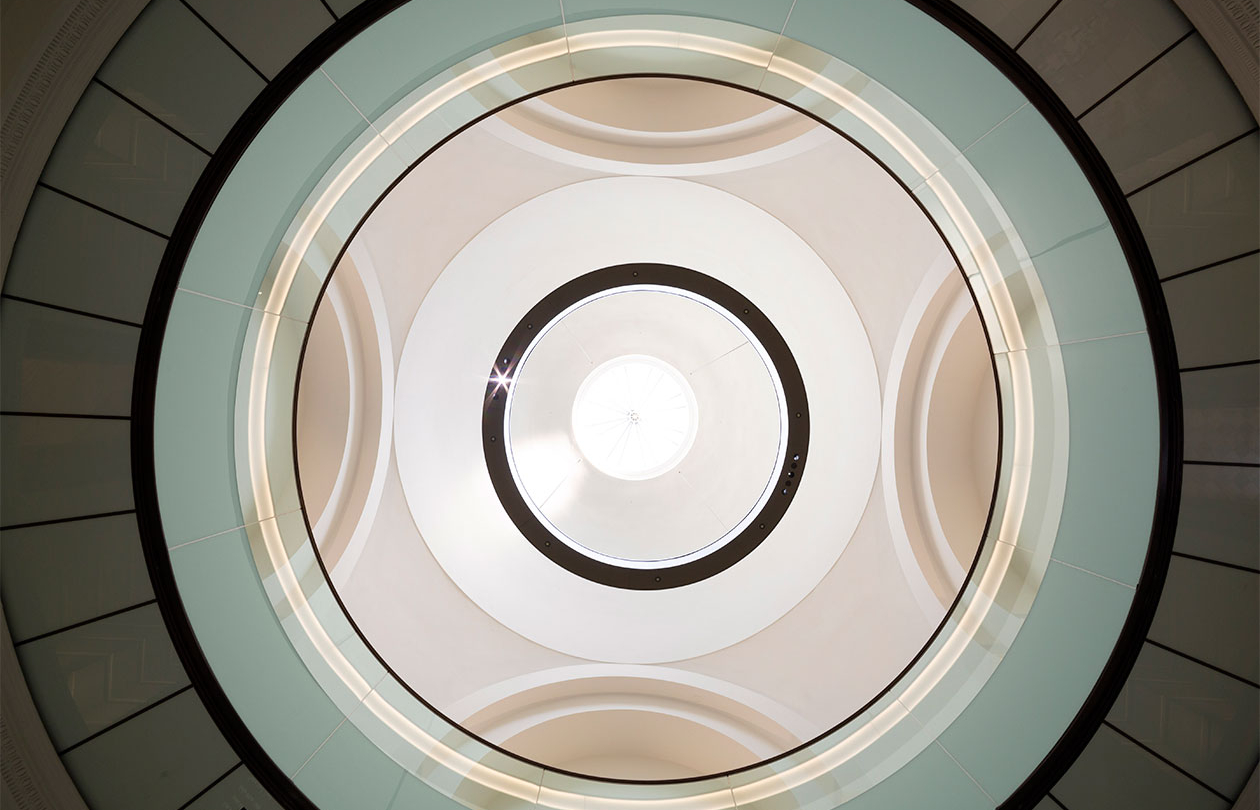 Aberdeen Art Gallery has recently reopened to the public after a four-year refurbishment which cost £34.6m. It has one of the finest art collections in the UK - including works by Joan Eardley, Barbara Hepworth, Samuel Peploe and Tracey Emin. Awarded Planning Permission in 2014, Hoskins Architects had won a national competition for the redevelopment and expansion of the category A listed Aberdeen Art Gallery. Renowned lighting design practice, Speirs and major, were appointed as the lighting consultant. For the War Memorial complex the design team came up with a visually stunning yet entirely cohesive pendant light that combined visual brightness with adjustable ‘beamers’ to highlight specific areas; in addition the pendant was to house two high output high definition projection systems. The 500kg, five and a half metre diameter pendant is raised and lowered on a winching system from ETS. Finite lighting control was achieved using special LED drivers which allows stepless smooth control of the light levels down from 100% to 0%. Speirs and Major specified eight discreet low glare adjustable downlights which are capable of rotating through 360’ and tilt up to 30 degrees for maximum flexibility for future exhibitions. To allow access into the building the pendant was delivered on 8no. bespoke pallets and Spectral supplied centering tools to allow the contractor to accurately align and assemble each section - a pre wired plug and socket connection system was also provided to aid installation time.