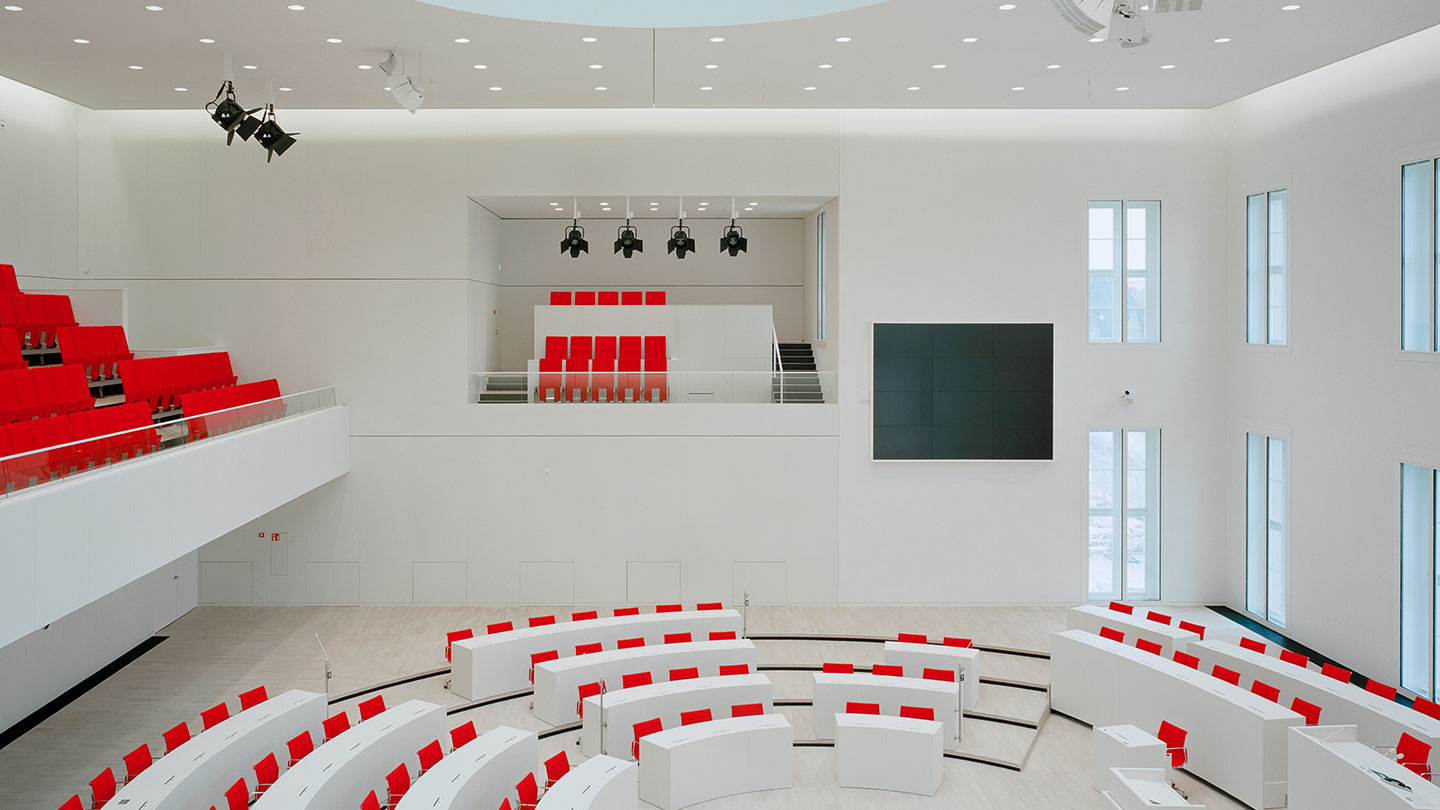 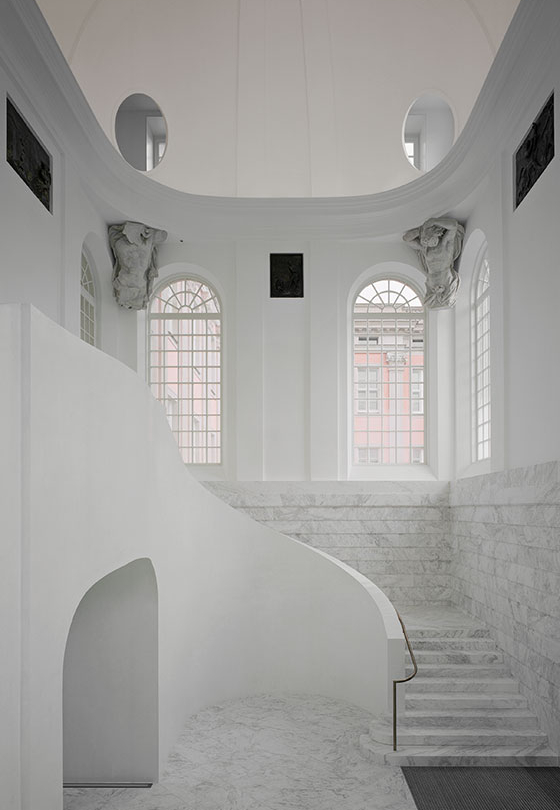 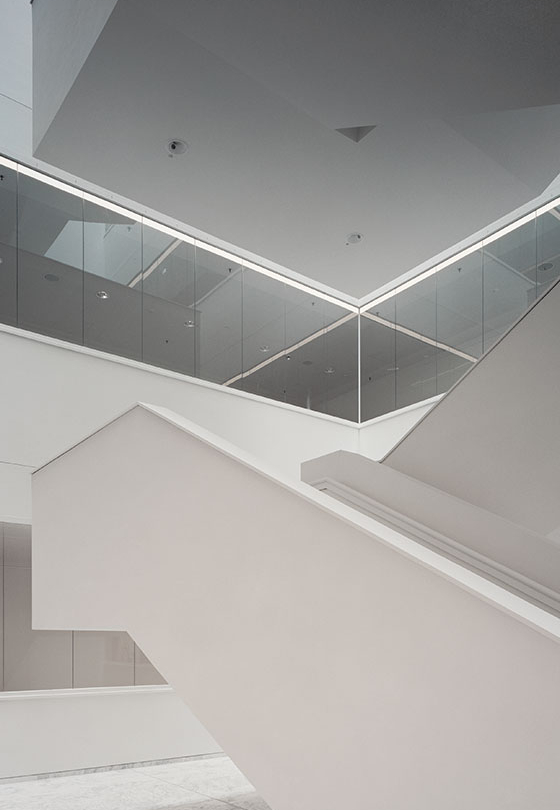 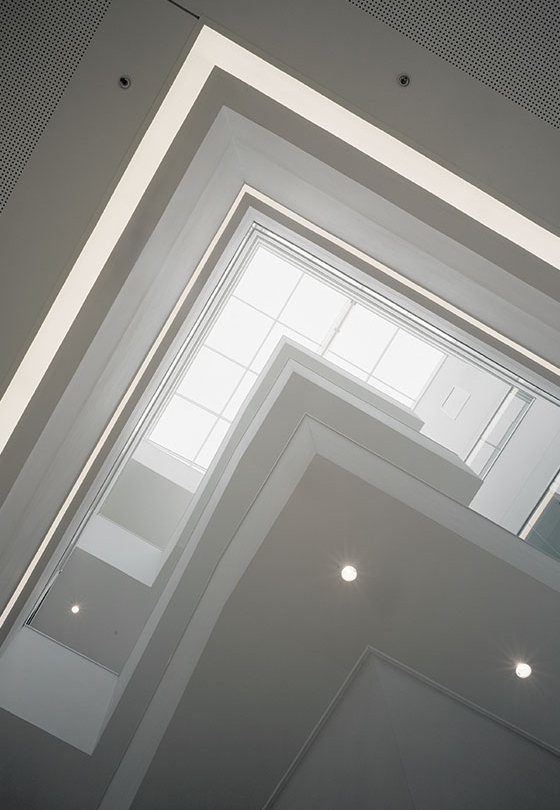 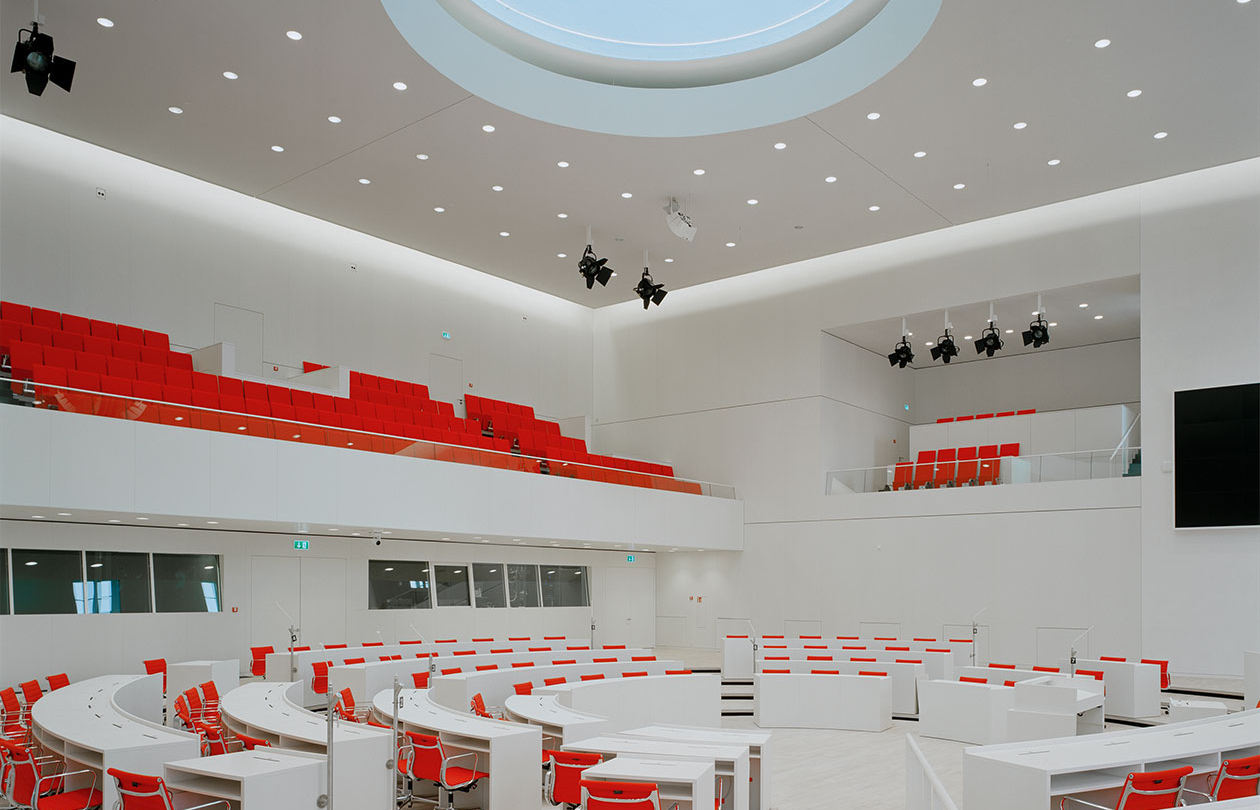 In 2011, work started on the planning and construction of a new parliament building according to plans by architect Peter Kulka. The design was based on the Potsdam City Palace which was partially destroyed by fire in 1945 and fully demolished in 1959. Historic on the outside, modern on the inside: in keeping with this guiding principle, the finished building boasts a traditional facade alongside a highly contemporary working interior. The only internal room reconstructed in line with its original geometry was the “historic staircase”. As in the building’s facade, in some cases original features rescued from the building were used. The cupola lighting is exclusively indirect, and is generated by using precise optical controls to create completely homogenous illumination. Even the safety lighting requirements are fulfilled exclusively using indirect light in this part of the building. The successful blend of conventional luminaires with ultra-modern LED technology has created an overall package which in many areas even exceeds the stringent demands made on sustainability and efficiency. Photos: Hans-Christian Schink