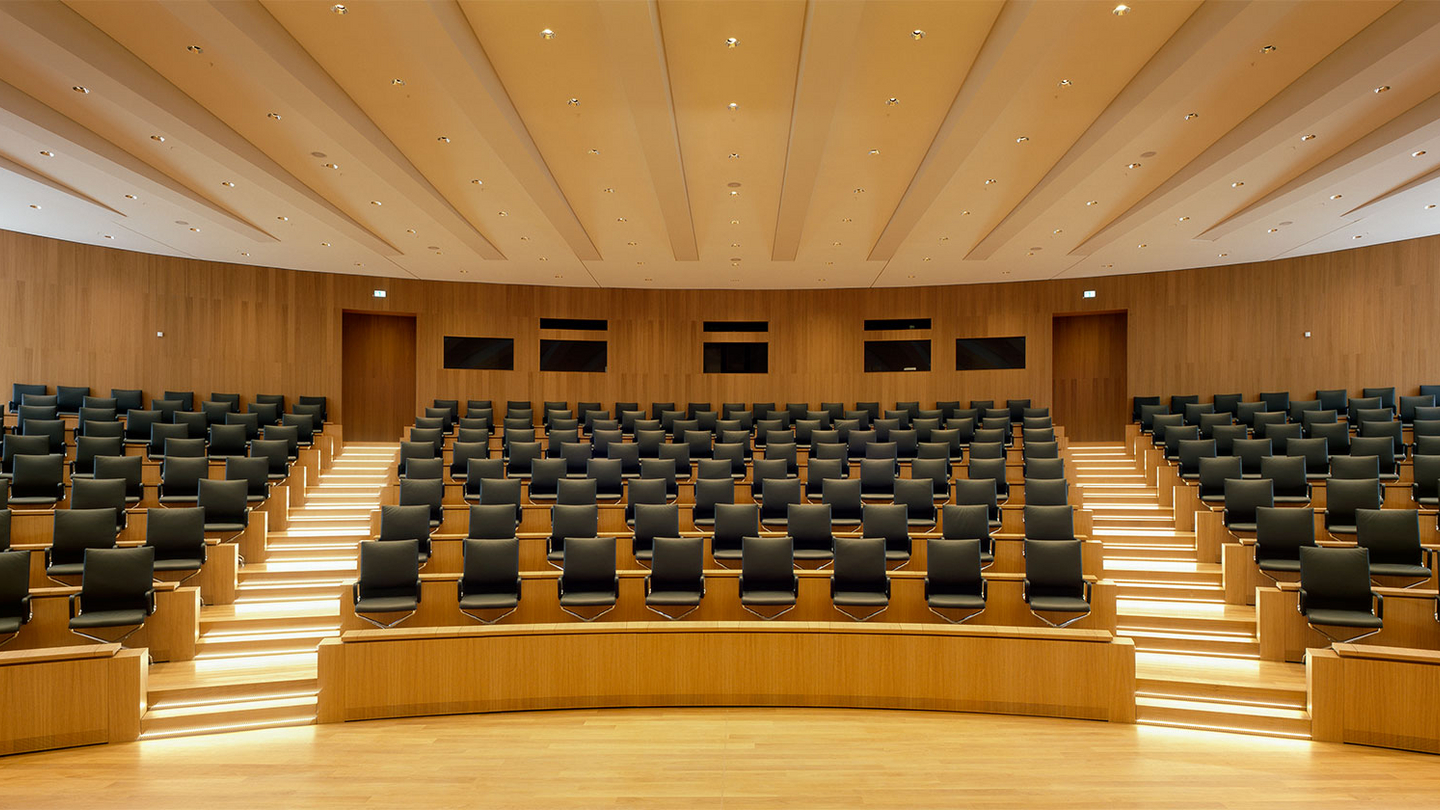 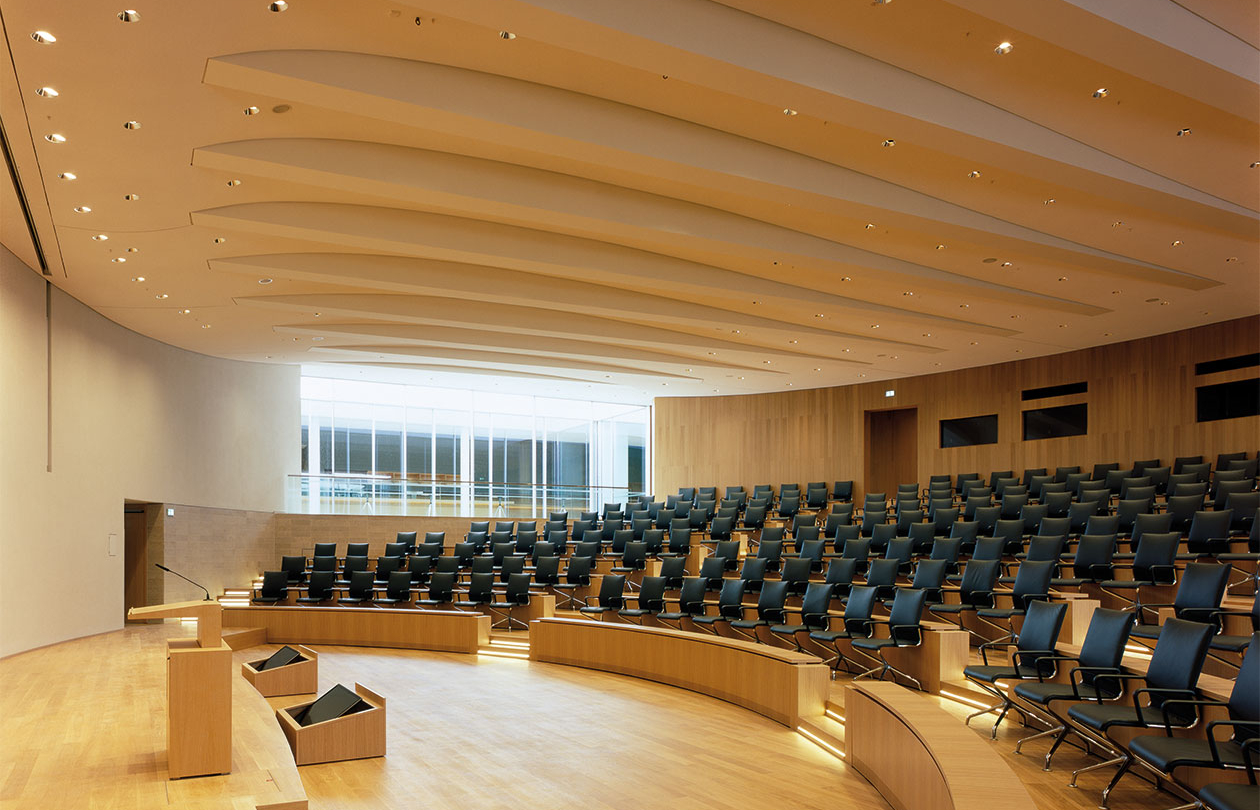 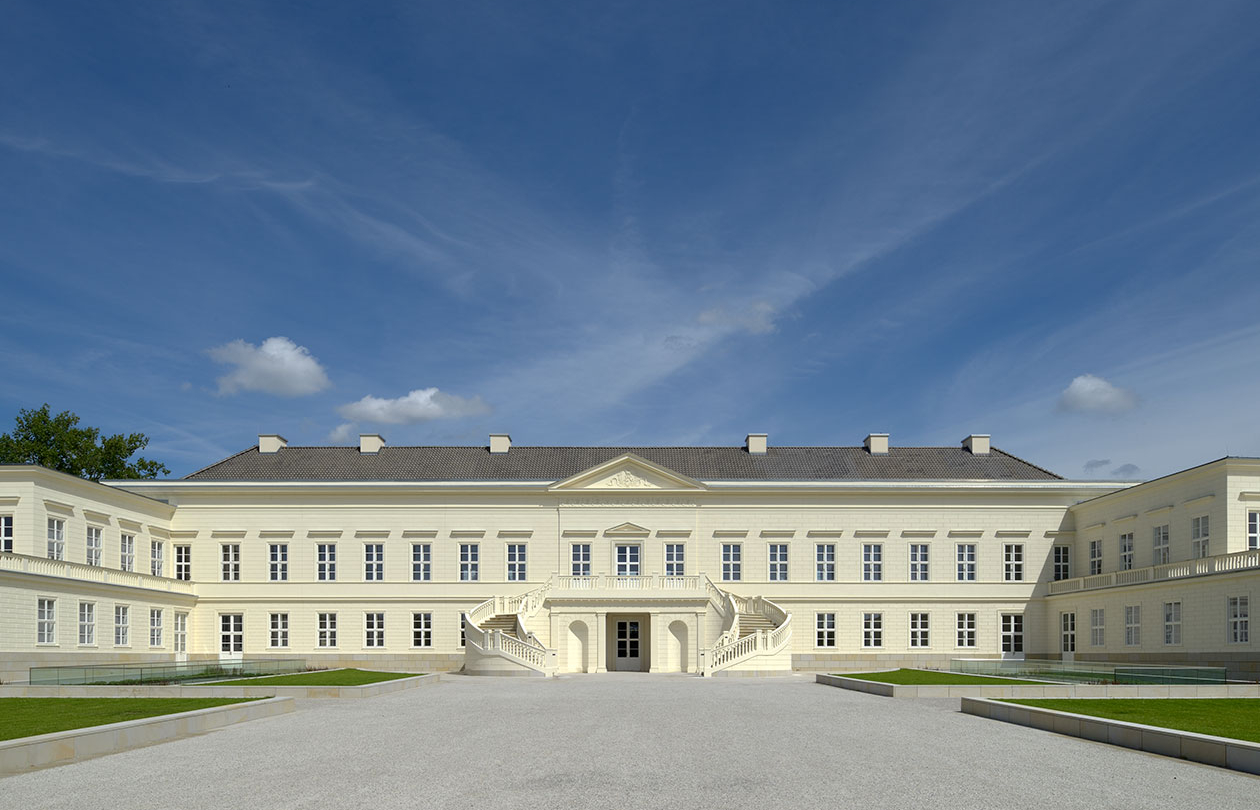 The castle originating back to the 17th Century was completely destroyed in 1943 and restored between 2009 and 2012 in the classical style. The reconstruction of the facade closely followed the historical plans. Inside the impressive building is a modern conference centre whose hub is an underground auditorium. Here, a large number of rimless downlighters recessed into the ceiling provide evenly distributed general illumination. Photos: Hagen Stier