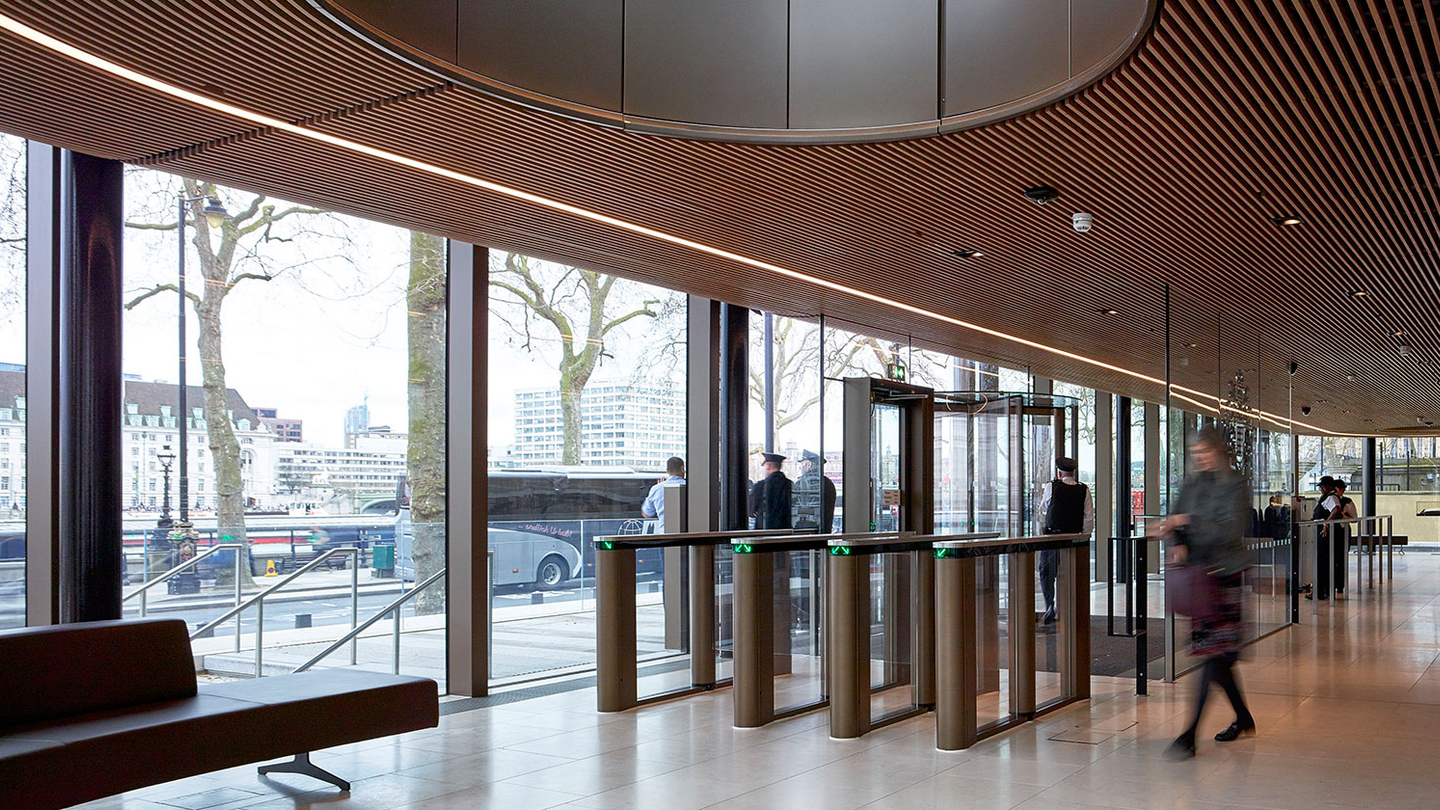 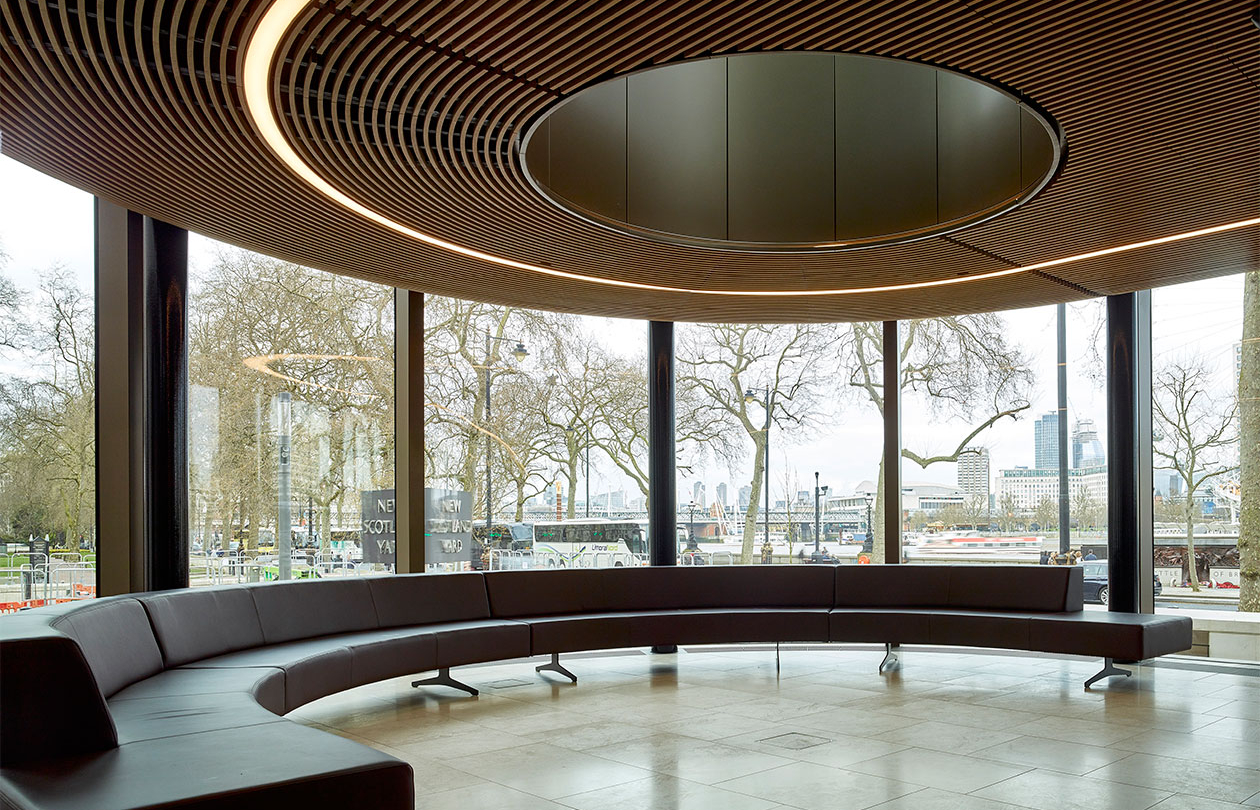 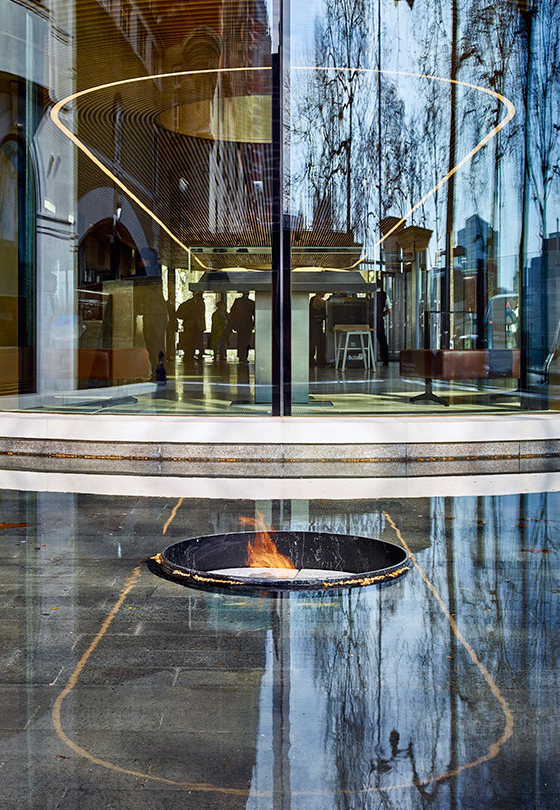 The new headquarters for the Metropolitan police service is the Curtis Green Building on Victoria embankment. The stone clad building has been extensively remodelled and equipped with a new timber and glass ground floor pavilion which serves as the entrance. Spectral worked with Arup lighting and architects Allford Hall Monaghan Morris to produce a bespoke 30m long oval ‘racetrack’ luminaire which runs the entire length of the pavilion. With only a few additional downlights and pelmet lighting providing accents, the H-Profil based luminaire produces the majority of the useful light in the space. The serene interior of the entrance belies the astonishing amount of electrical and mechanical services hidden behind the slatted wooden ceiling. Fo this reason it was decided to suspend the H-Profil luminaire on wires and build the ceiling around it. The first step was to install the centre section of the ceiling, then to hang the luminaire and finally to fit the outer section of ceiling. To maintain the 10mm shadow gap around the luminaire, consistent with the spacing of the wooden slats, tolerances on the huge curved fitting were incredibly tight. The result is a a seamless integration of the two parts. The dimmable H-Profil luminaire contains all the electrical equipment to run the LEDs in its upper channel, meaning no remote boxes to locate elsewhere. Also the fitting has been designed so that any maintenance can be done from below, through the body of the fitting itself. Access points behind the removable diffuser allow control gear to be removed and replaced without ever touching the surrounding ceiling. In common with all Spectral product the luminaire uses RIDI-Group LED boards developed and produced in house at our Jungingen factory, giving further peace of mind that spares and replacements parts will be available well into the future. The luminaire features 3,000K colour temperature and 3,500 lm per metre with a polar white opal diffuser.