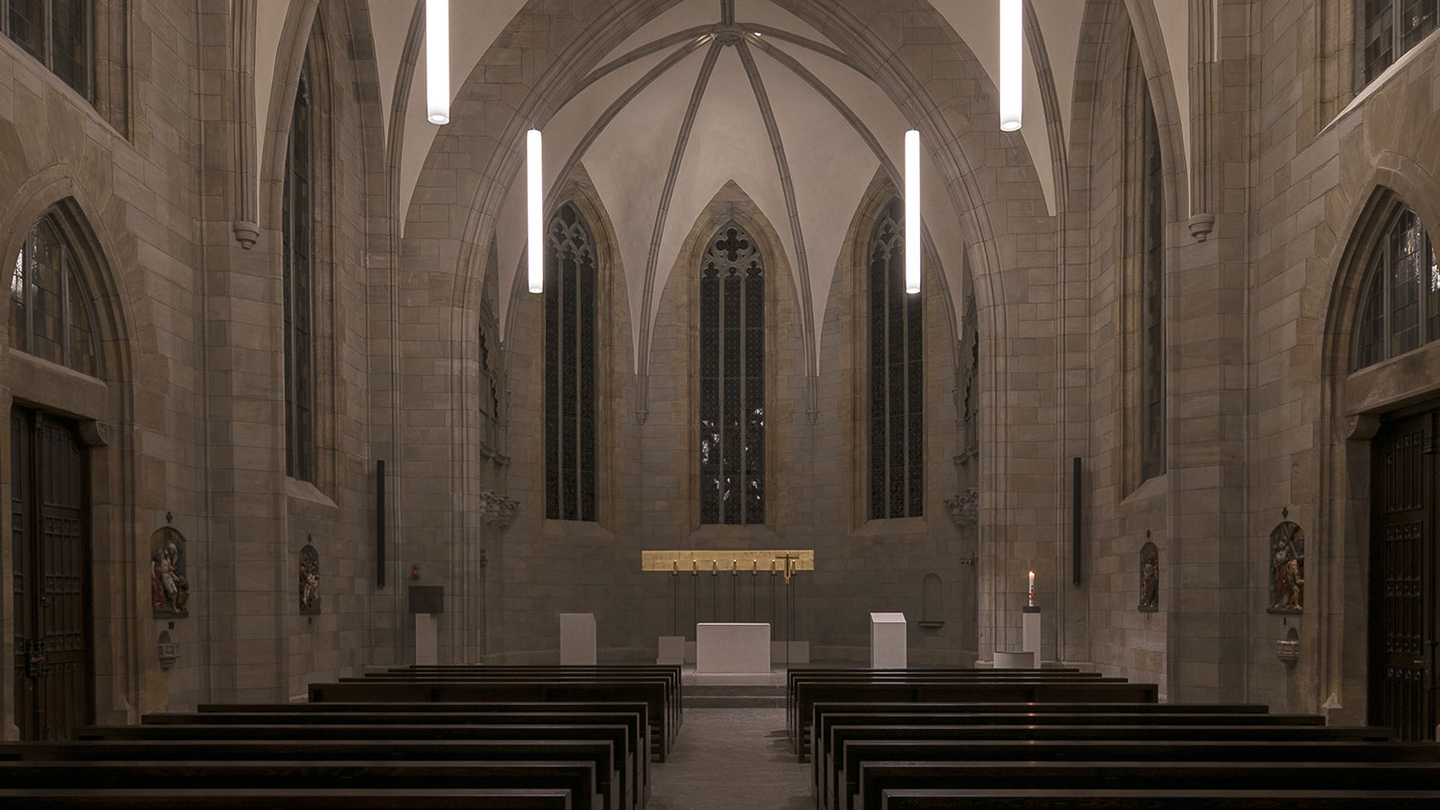 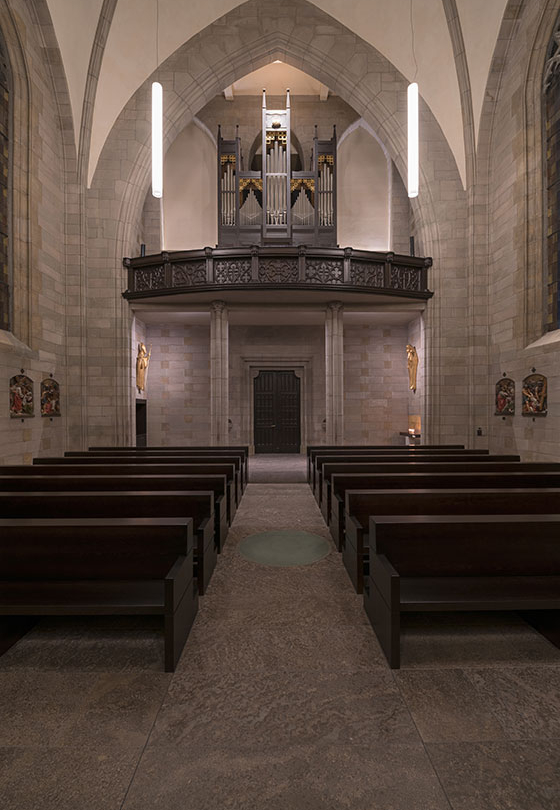 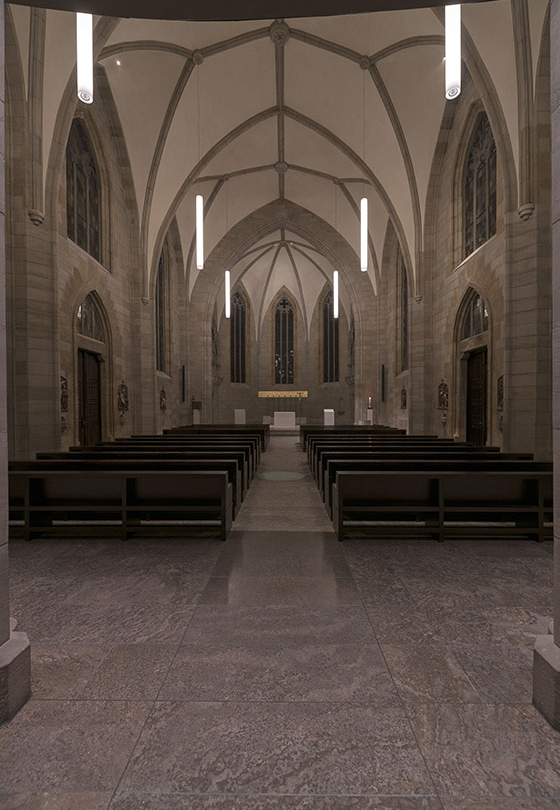 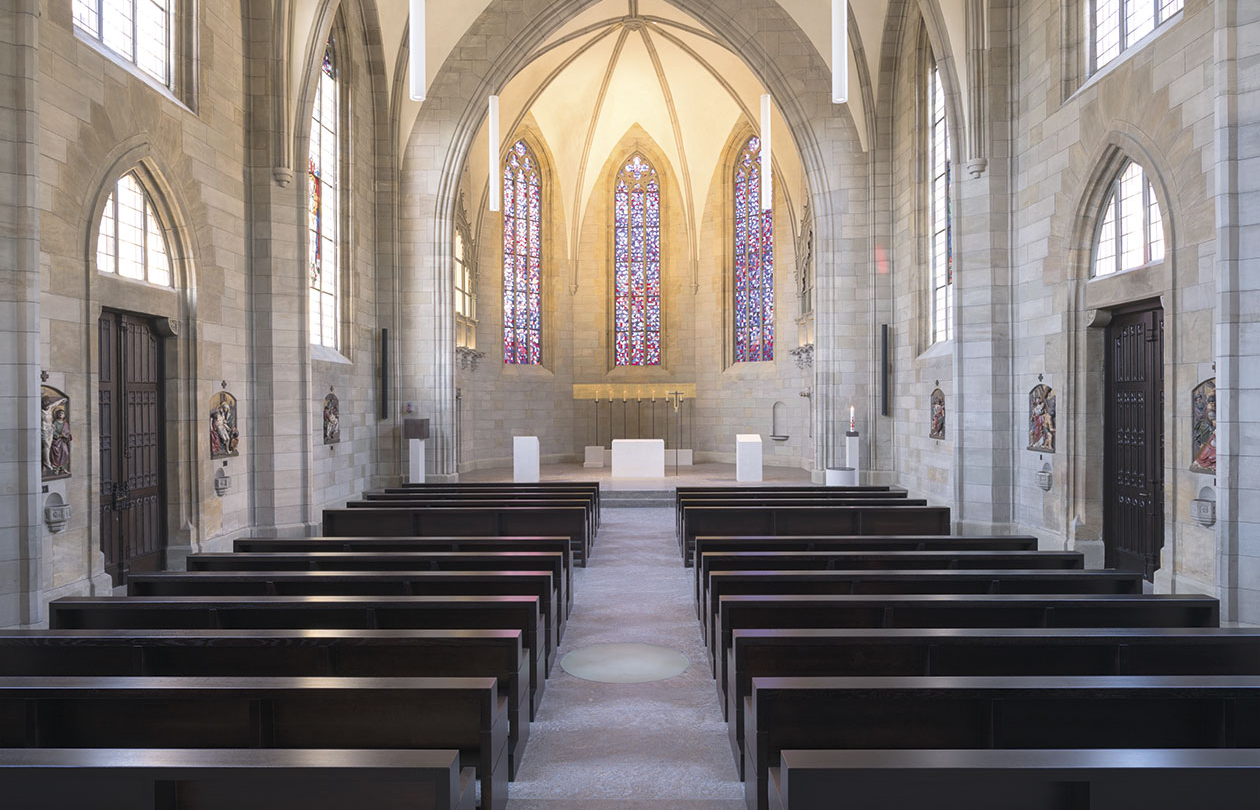 St. Augustin Parish Church in Coburg was designed in the Neogothic style between 1855 and 1860 in accordance with plans drawn up by the architect and court building advisor Vincenz Fischer-Birnbaum. 2014 saw the start of a 21 month-long period of general refurbishment, redesign and extension of the church. It was officially reopened in March 2016. What has emerged is a transparent, open interior to the church based on a clear concept: A space which is open for different forms of worship and ceremonial church services, with provision for smaller groups and also silent prayer. The attractive design concept pays tribute to the history of the church, leaving traces of the past centuries clearly for all to see despite the modernization. The plain, bright and contemporary style of key iconic features such as the altar and font blend harmoniously with the slender luminaire bodies of the Aoca pendant luminaires. The luminaires play a subordinate role, providing subtle support to the overall architectural impact of the space. Photos courtesy of: André Mühling, Munich