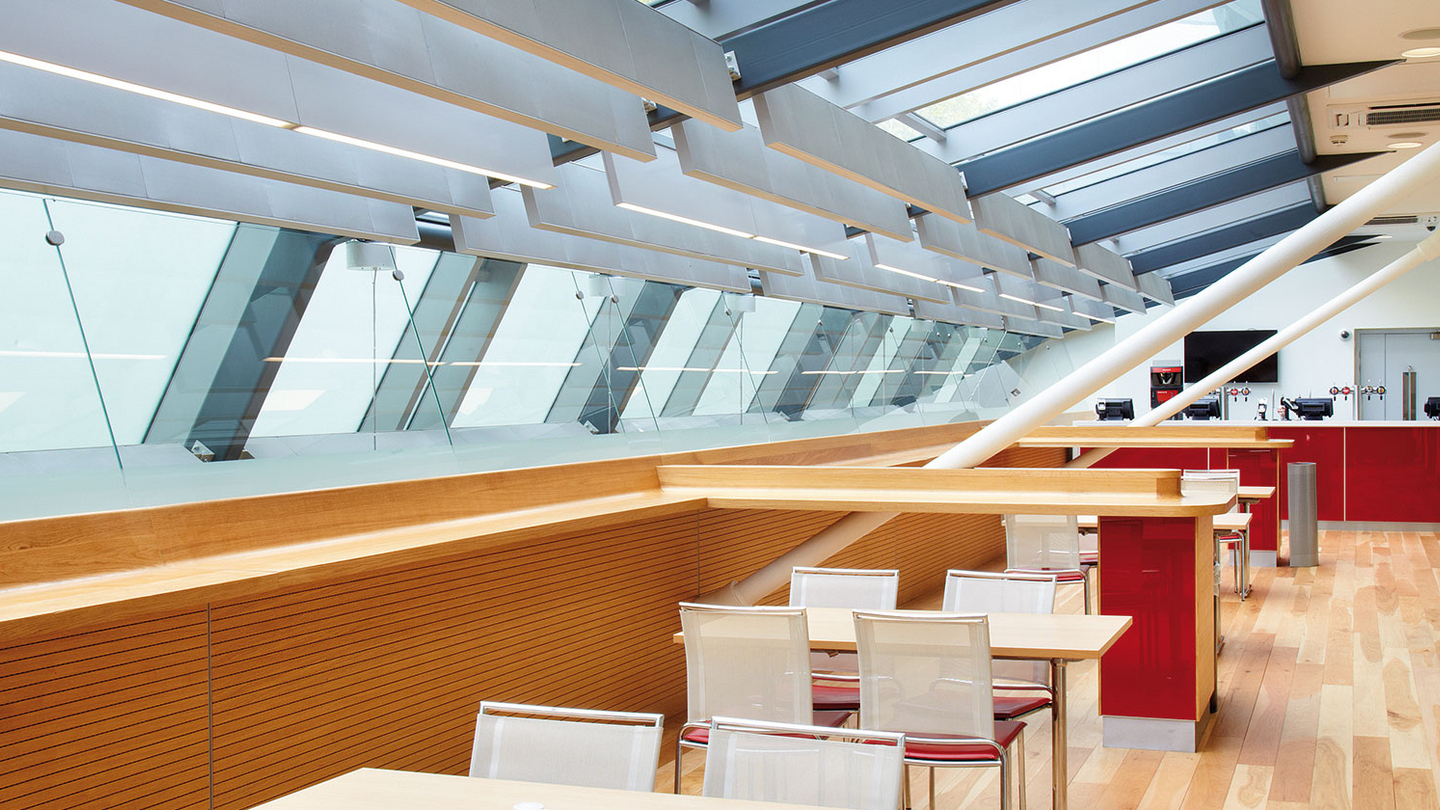 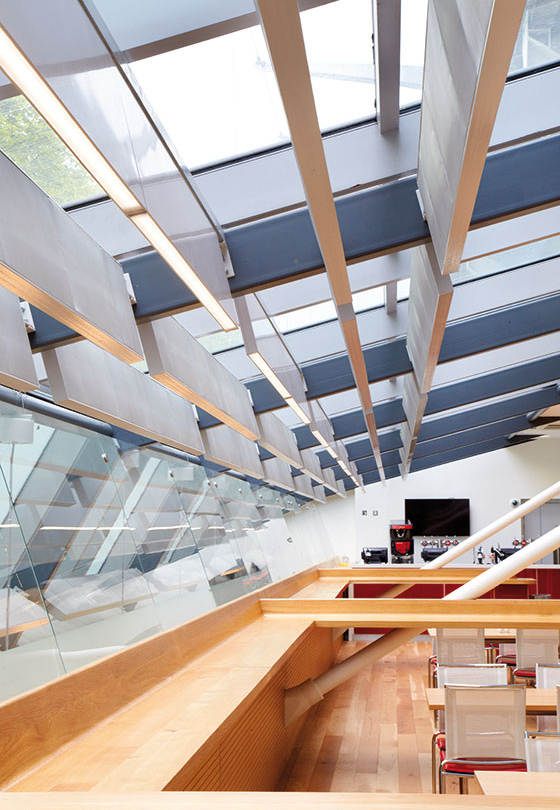 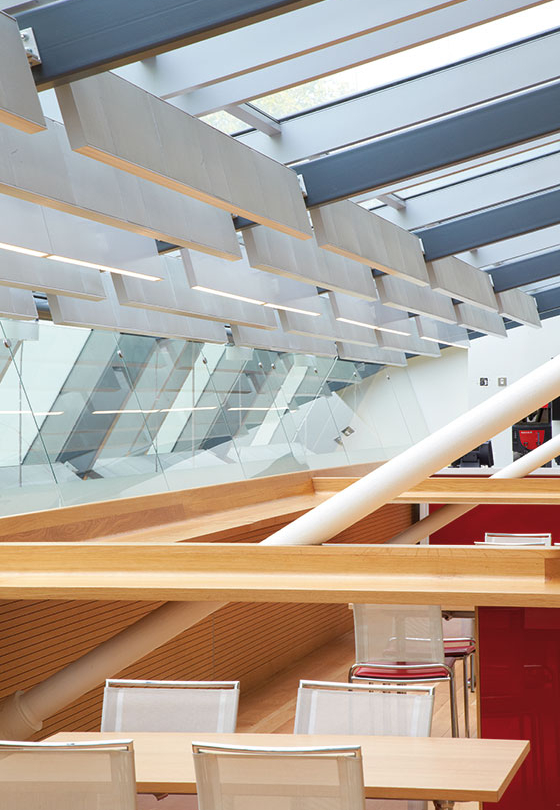 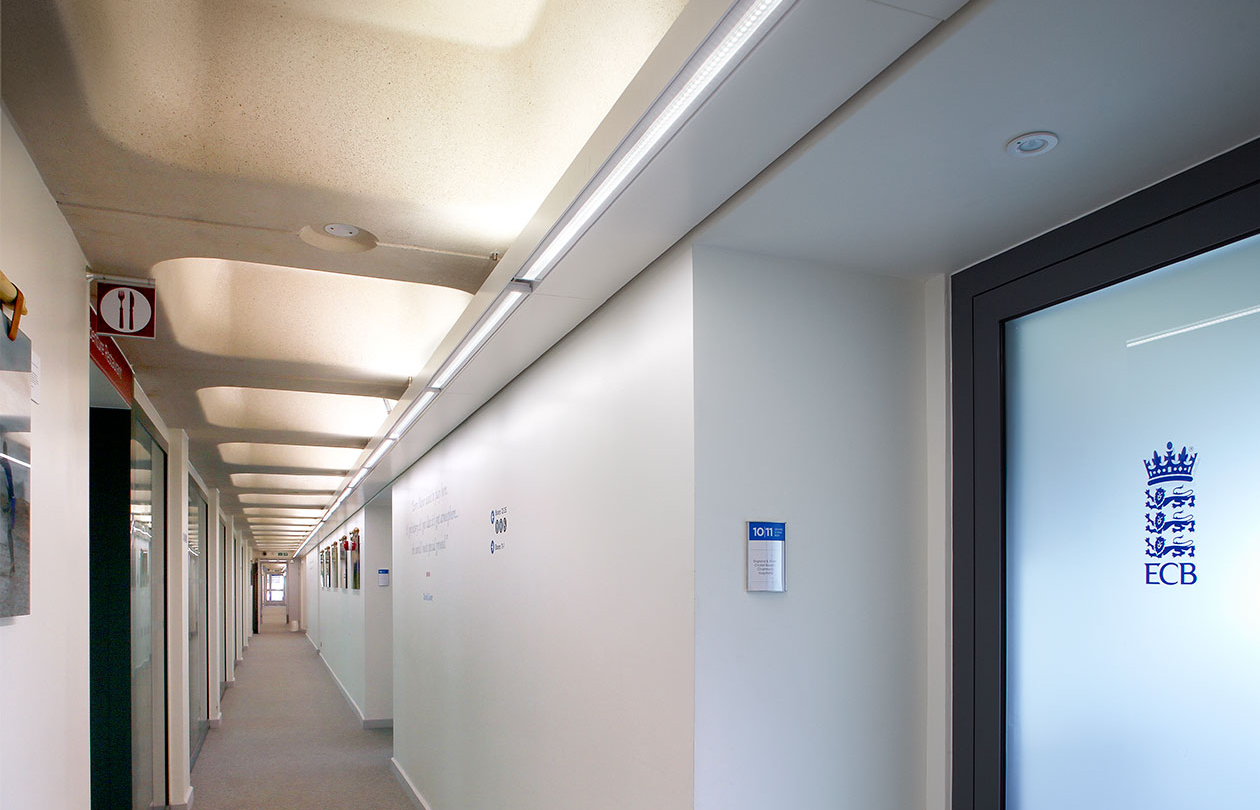 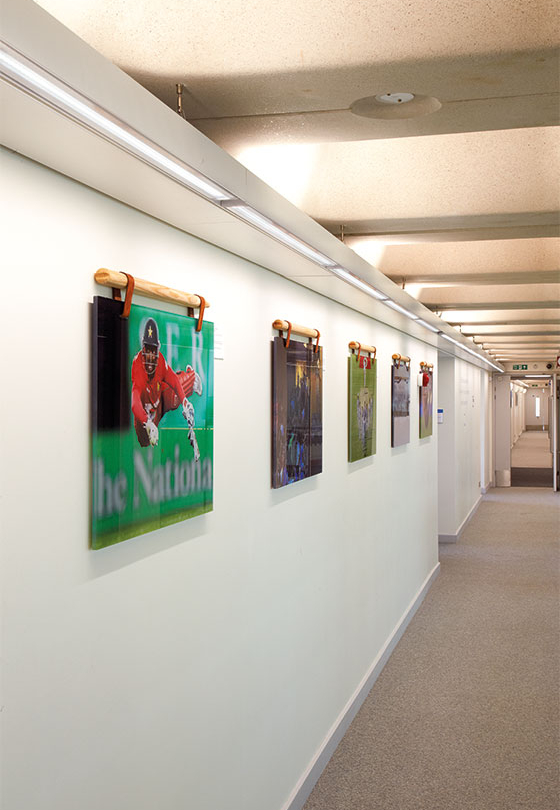 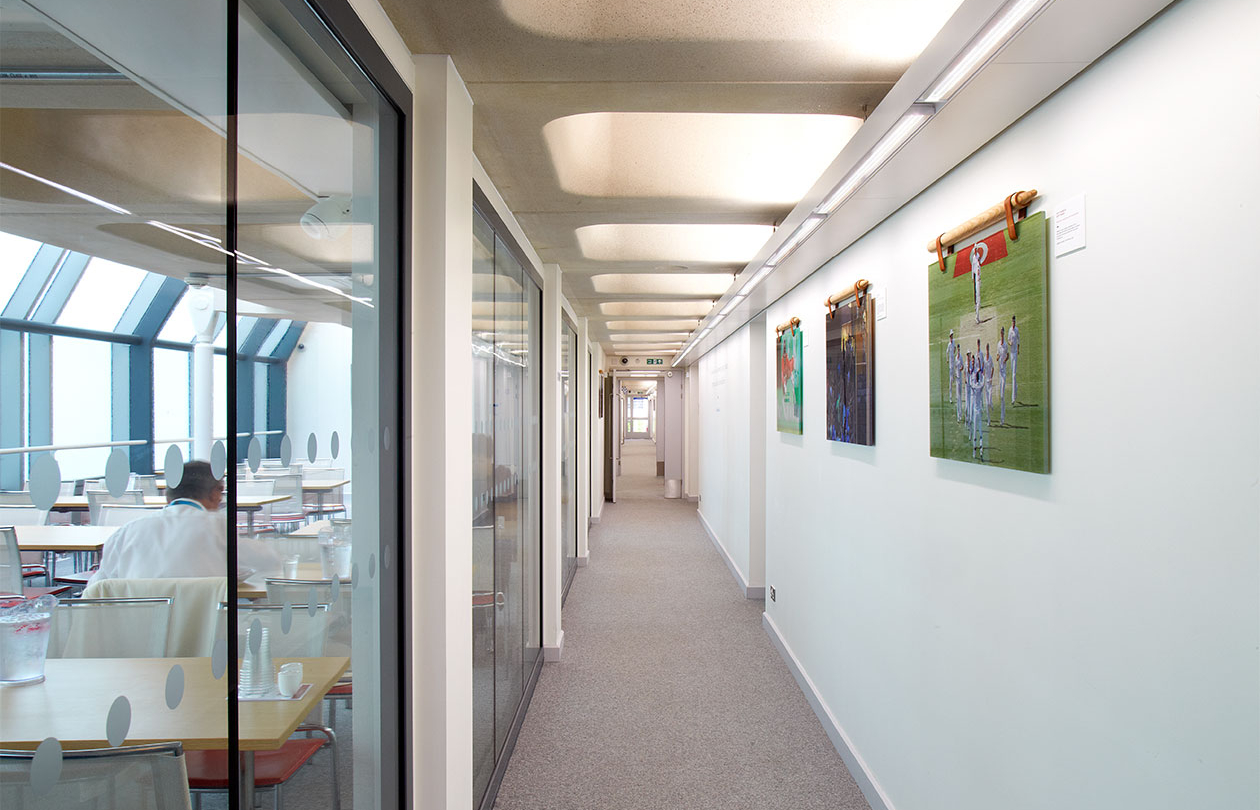 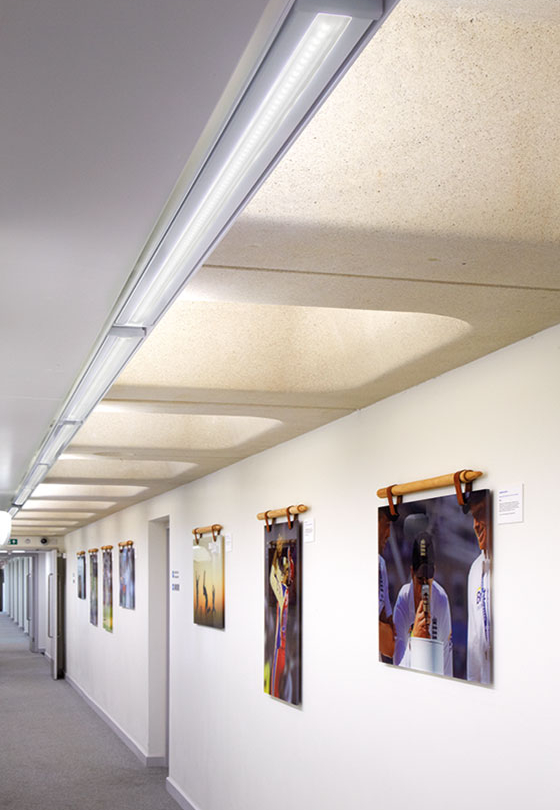 The recent refurbishment of the iconic grandstand at Lords, the home of Cricket, was all about reinstating the original features from this 70's design as well as fully refurbishing the bar and restaurant. The key feature is the long corridor which runs the length of the stand. Over the years this had been covered up with exposed services so the architects vision was to restore the original concrete coffered structure and actually accentuate this detail. The problem was lighting the space without covering the ceiling. In the end a special H-Profil system was designed using asymmetric modules from RIDI LINIA-FLAT to light the corridor and a slightly cambered asymmetric module to throw light across the coffers. This system was mounted alongside a services channel on one side of the corridor to provide a highly effective but discrete solution. Other areas of note were the restaurant where Aoca light pipes were suspended below the glazing to give a dramatic effect at night. These were supplemented on the other side with L-Tubes mounted in the pelmet to up light the coffers. Finally the bar area was lit with Blade luminaires which combined with acoustic blades to also act as louvres to suppress the daylight coming in. EDLR downlighters were also used to supplement light into other areas. Photos: Newbery Smith Photography